Diego Uribe Suarez defends his PhD in Numerical Mechanics and Materials on July 9, 21 Diego Uribe Suarez conducted his PhD in the CSM team under the supervision of Pierre-Olivier Bouchard, Daniel Mino Munoz (CEMEF) and of Marc Delbo, of the Observatoire de la Côte d'Azur in the framework of a projet of the Université Côte d'Azur. Diego Uribe Suarez defends his PhD work in Fondamental and Applied Sciences on July 9, 2021 in front of the following jury:

The present PhD thesis aims at providing a better modeling of fracture phenomenon in brittle materials, with special attention focused on fracture processes taking place in astronomical bodies. One of the most challenging issues in computational fracture mechanics is the propagation of a crack through a finite element mesh for arbitrary crack paths. In this work, this problem is approached by means of an advanced remeshing technique that propagates a crack using cohesive elements through arbitrary directions (mesh-independent). The crack direction is computed using the maximal energy release rate criterion which is implemented using finite elements and the Gθ method. The effects of different numerical and physical parameters regarding the crack path and fracture energy have been investigated.
Even though it has been shown that temperature cycles on airless bodies of our Solar System can cause damaging of surface materials (Thermal cracking), propagation mechanisms in the case of space objects are still poorly understood. Thermal cracking of surface rocks, in addition to the impact of micrometeorties, can eventually lead to rocks’ breakup and produce fresh regolith, the latter being the layer of unconsolidated material that covers planetary surfaces. For this reason, the present work combines a thermoelasticity model together with linear elastic fracture mechanics theory to predict fracture propagation in the presence of thermal gradients generated by diurnal temperature cycling and under conditions similar to those existing on asteroid (101955) Bennu. Using the implemented methodologies, it is found that in asteroid Bennu, cracks preferentially propagate in the North to South (N-S), in the North-East to South-West (NE-SW) and in the North-West to South-East (NW-SE) directions. Finally, thermal fatigue analysis was performed in order to estimate the crack growth rate.
Aforementioned methodologies have been implemented in Cimlib, a C++ in-house finite element library developed at CEMEF. Inside Cimlib, a methodology allowing two-dimensional crack propagation through arbitrary directions with the option of handling multiple cracks in the domain and inside a parallel environment was developed. Regarding three-dimensional scenario, a first approach where a crack front was propagated through an arbitrary direction was achieved. Concerning numerical modeling of crack propagation, the developed framework opens new possibilities for various applications such as composites cracking at the meso-scale. 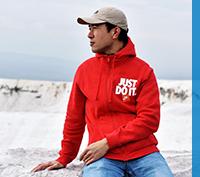 PhD defence of Feng Gao
Development of mechanical characterization tests at very high temperature with contactless instrumentation. Application to the identification by inverse analysis of the behavior of In718 […] 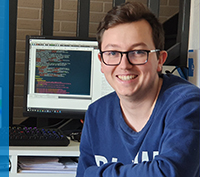 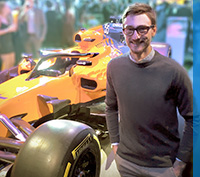 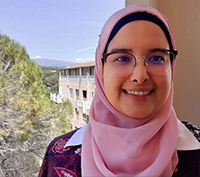 PhD defence of Hanadi Ettroudi
Multiscale numerical modeling of solidification structures, macrosegregation and Columnar-to-Equiaxed Transition Hanadi Ettroudi conducted her PhD work in the 2MS team under the supervision of […] 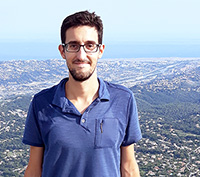